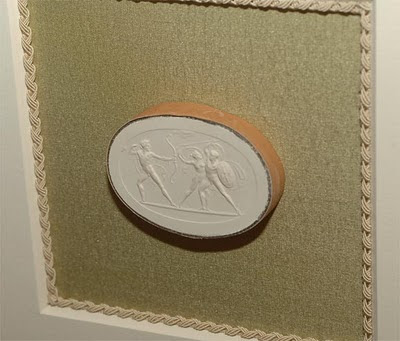 Originally used as seals, these carvings or cuttings are moulded out of white plaster. Now done as reproductions, the original Intaglios (19th c), were also made from ivory, wood, or stone The depressed designs depicting ancient scenes from Greece, Italy etc were also once used as markers of ones land. They were also collected as souvenirs from European Grand Tours in the 1830’s. Today, these little cameos can be framed decoratively. Our intaglios here at CSM are based on a set from 1900 and they are unusually large. They are framed in either brown or silver moulding with a cream or beige background. A series of these makes a great statement. 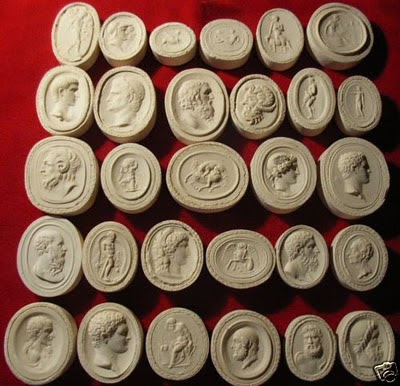 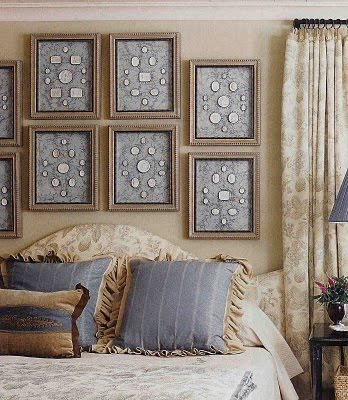 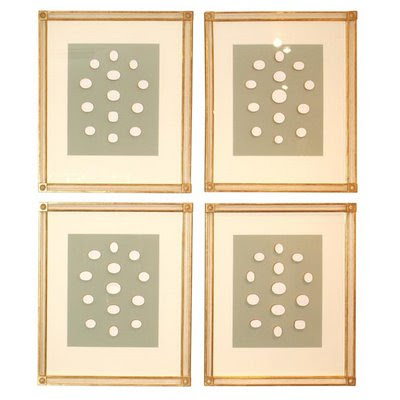 Posted on: December 4, 2010 in Uncategorized