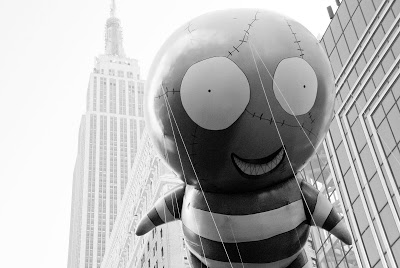 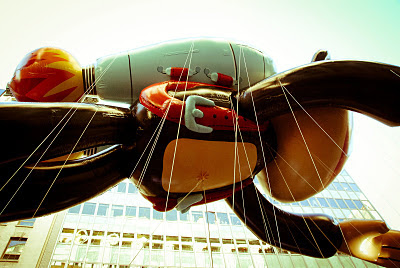 Because we have the pleasure of working with Macy’s throughout the year with art and framing projects , we get some great seats for the Thanksgiving Day Parade. (this year was it 2nd row!). It is an early morning for sure, but well worth it once that first huge balloon comes peaking around the corner! This year there were several new balloons such as Paul Franks’ Julius the Monkey and Tim Burtons’ B. Boy (Balloon Boy). It was fairly awesome to be seated close enough to Mr. Burton to see his reaction as his newest creation came floating by in grand scale!

In the next few weeks, CSM will be working on framing the parade photos that Macy’s sends to their Sponsors as a thank you for being part of this amazing event!

Next Post The Art of the Burger, Village Burger opens!